FCA US, Ford, and General Motors produce more of their vehicles, buy more of their parts, and conduct more of their R&D in the U.S. than their competitors. As a result, they employ nearly two out of three U.S. autoworkers and operate three out of five American auto assembly plants. Over the past six years alone, FCA US, Ford, and General Motors have announced investments of more than $34 billion in their U.S. assembly, engine and transmission plants, R&D labs, headquarters, administrative offices, and other infrastructure that connects and supports them.

FCA US, Ford, and General Motors produced 5.8 million vehicles in the U.S. in 2018, with the help of 238,000 employees at 260 assembly plants, manufacturing facilities, research labs, distribution centers, and other facilities across 31 states in 128 congressional districts. They work with nearly 9,700 dealerships, which employ nearly 660,000 U.S. workers. 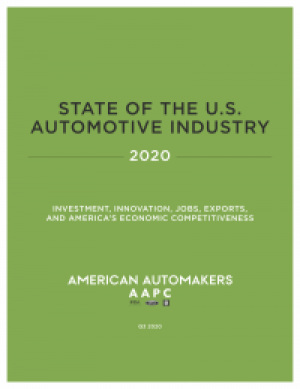 For additional information on the U.S. economic contribution of FCA US, Ford and General Motors, please review the 2020 State of The U.S. Automotive Industry.

Our ultimate performance Bronco is only a day away. #BroncoRaptor. https://t.co/dqb06CYwxB

RT @leasysrent: With Leasys you have a lot of possibilities for your travels through the Umove app, from long-term rental to car sharing, f…

@MarkBentonPhD Hi, Mark. We're very sorry to learn of your dissatisfaction. Any recalls or programs are determined by our highly trained GM engineers and are VIN-specific. If you have any further questions for us, please feel free to send us a DM. ^HT https://t.co/qrfOZxOnC6

.@KogodBiz Made in America Auto Index shows #AmericanAutomakers continue to invest in both the U.S. workforce and U.S. supply chain, creating new jobs while driving the U.S. economy. https://t.co/VgU8Vg1Yok