From research labs and supplier factories to assembly lines and dealership showrooms, U.S. automakers, their suppliers, their dealerships, and the local businesses that support them are responsible for more than 7.25 million U.S. jobs. No manufacturing sector employs more U.S. workers.

The fact that FCA US, Ford, and General Motors account for 64% of U.S. auto jobs is remarkable, especially considering that they account for only 44% of U.S. market share.

FCA US, Ford, and General Motors produce more of their vehicles here, conduct more of their research here, and buy more of their parts here. As a result, they have based nearly seven times more of their global workforce in the U.S. than their competitors. 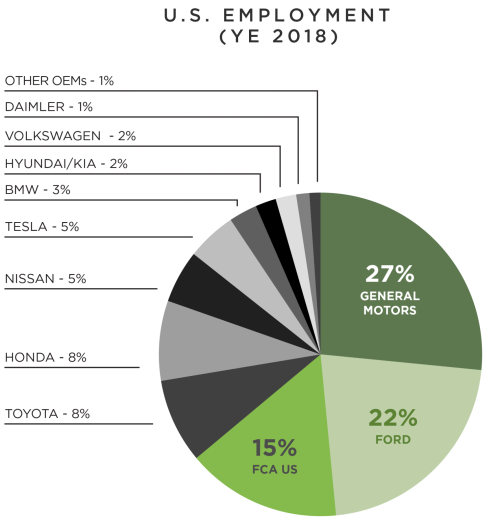 FCA US/Ford/ General Motors employ 2 out of 3 of America’s autoworkers, translating to 238,000 jobs. 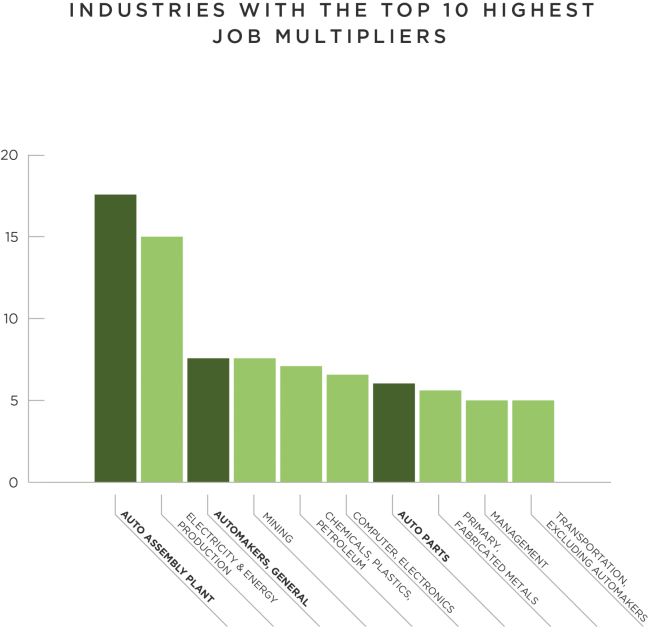