WASHINGTON, D.C. – In advance of its annual “State of the U.S. Automotive Industry 2016” economic contribution report, the American Automotive Policy Council (AAPC) today released its 2016 Research and Development Report. The new report highlights the fact that the American auto industry, often thought of as separate from the traditional technology sector, is in fact a critical force in the industry — investing more in research and development (R&D) than some of the nation’s top tech companies. Together, FCA, Ford, and General Motors invest more than some government organizations, including NASA. 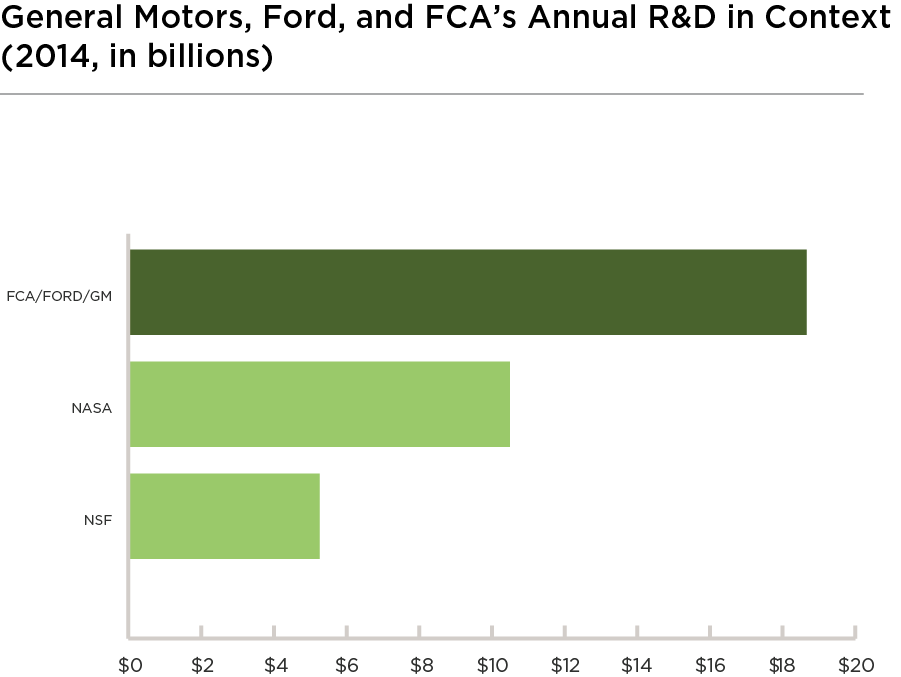 The report found that the auto industry ranks second in global R&D spending and invested more than $20 billion in U.S. R&D last year. Today, automakers and their suppliers employ nearly 1 out of every 10 private sector scientists and engineers in America.

“Our members – FCA, Ford and General Motors – rank among the world’s top investors in research and development. We are proud of the critical contributions their engineers and scientists have made to American innovation and economic progress,” said Governor Matt Blunt, president of the American Automotive Policy Council and the former Governor of Missouri.  “Many Americans probably do not realize that each of these three companies have invested more in R&D than Facebook, HP, Dow or ExxonMobil. Investment in R&D is a force multiplier, and this news demonstrates just one more way the automotive industry is having profound impacts on the U.S. economy and creating American jobs. FCA, Ford and General Motors investments in new technologies and innovations will continue to drive new sales, production and jobs across the nation, encouraging international competitors to do the same.” 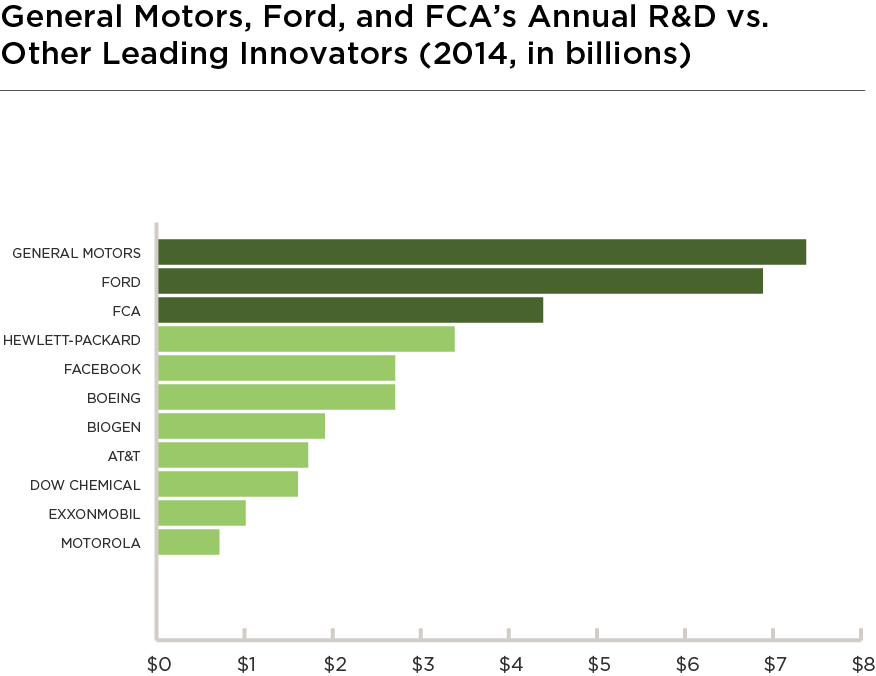 Additional key findings in the report

For more information on findings and to view the R&D Report,click here.

@bueter_k Good afternoon, Kierstin. Could you please send us a DM with your VIN and mileage? We want to take a closer look at this TCM issue for you. Thank you.

It’s an #electric summer for @Dodge! The future will soon be on display during #Dodge Speed Week. The brand's garage doors will be thrown open to the world to showcase all-new product debuts. It all takes place from August 15 through 17. https://t.co/sVjnxccd0A

@Benioff So powerful, it draws an audience. 🐮😉 Thank you Marc for joining us on our all-electric journey!